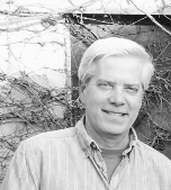 Joe Appleby has been playing the guitar for over 30 years. He was drawn to the instrument after having listened to the Rolling Stones. This led him back to the roots of rock and roll, the blues, which would stay with him throughout his musical career.

​His love for American music in the vein of Bob Dylan, The Band and The Grateful Dead has also prompted him to explore areas of bluegrass and jazz. Some of his teachers include John Weisenthal, Dick Longale and current Rochester jazz legend, Steve Greene. Joe has been writing songs, on and off, for over 20 years. 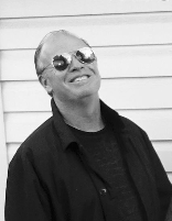 A self-­taught drummer, Larry Casey began playing at the age of 4 on his father's kit, and was influenced by his father, along with the recordings of Buddy Rich, Joe Morello, and Louie Bellson. He was later exposed to the acumen of Steve Gadd, John Bonham, Neil Peart and Stewart Copeland. He's known among his peers as a powerful, spirited drummer, who often plays in the foreground with explosiveness and flair, yet still has the finesse to play the subtle rhythms and nuances to accompany most any style of music.

​Larry played in Boston in the mid 80’s with original band 911, and has several cover bands in his background including: Solid State, Sour Mash, The Ventilators, Bait & Shoot, High Pressure, Seven Sense, Bart Man and The Steve Bartolotta Band. 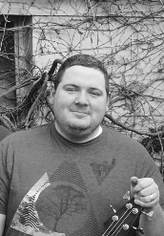 Dennis McCarthy is the newest member of The Tragedy Brothers.  He began playing upright bass in his grade school orchestra, and later developed his considerable talents on electric bass and both acoustic and electric guitars.

Fast, fluid and smooth with his finger work, Dennis is comfortable playing multiple styles, from classic rock to fusion, occasionally uses a pick, and he can slap and pop with the best of them. When not gigging or recording with The Tragedy Brothers, don't be surprised to see him attending any number of shows by his favorite jam bands. 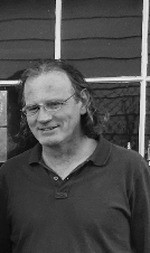 The most well-traveled of The Tragedy Brothers, Jimmy Blanda brings a wealth of musical ability into the band.  He served as a roadie for The Grateful Dead in 94 - 95 and played with Fillmore East for ten years while living in Ireland.  He has also performed with well-known musicians, such as Shane MacGowan.

Known for his incredible musicality and energetic persona, Jimmy is in high demand as an artist and guest musician, often performing with other musical acts in the Rochester area. 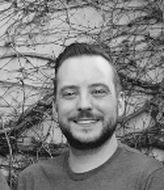 Josh Gregg has played fiddle since childhood. After starting on classical violin, he switched to Scottish and Irish music when he joined Celtic Tradition, a band he played with for ten years.

​Originally from Pennsylvania, he moved to Rochester, New York, in 2006 and began playing Irish music with the local session crowd. In addition to The Tragedy Brothers, Josh currently plays with Tin Dipper and was a member of Gan Ainm, a Rochester-based traditional Irish band.